“Eat probiotic yoghurts and drink zested juices to boost your immune system!” You probably heard this on multiple occasions. Yet, many judge the immune system a too obscure and complex concept for a non-life-scientist to understand. Perhaps thinking of it as a military force training for battles may help.

For starters, think of your body as a unique nation with globally conserved but country-specific attack and defense strategies. Your immune system, the nation’s military force, is responsible for maintaining your health by constantly fighting off invaders.  We are routinely exposed to attacks from bacteria, viruses and parasites with our every touch, every breath and every bite.

Our immune system relies on a highly organised military-like structure and network. The lymphatic and circulatory system act as the immune army’s infrastructure allowing the transport of cells (soldiers), messenger molecules (orders, signals) and nutrients (provisions). Romans conquered with their rigorous military training and discipline. Our soldiers are no exception and sent to boot camps in specialised immune organs.

The mucosa-associated lymphoid tissues (MALT) such as the reproductive or gastrointestinal tracts acts as the body’s front lines. Analogous to castle walls, they are a physical barrier and directly in contact with the external environment. If the wall is trespassed, the invaders attract the patrolling infantry soldiers.

Granulocytes, infantry soldiers, receive basic training in the bone marrow (spongy bone portion) and are deployed in the blood. They are then recruited to infected tissues to fight off intruders. Granulocytes respond within hours of infection via the non-specific innate immune response ie targets all enemies indiscriminately. This response explains the redness, heat and pain right after a paper cut for example.

Antigen-presenting cells (macrophages and dendrocyte cells) are secret agents, found at the walls. They collect information about the enemies (profiling) and deliver this information to B and T cell officers. Such officers belong to the adaptive immune response ie selective targeting and enemy elimination. B cell officers produce specific ammunition (antibodies) against the pathogenic invaders (antigen).

The CPD accredited courses are carefully crafted to help you gain in-depth knowledge on a topic of your interest. 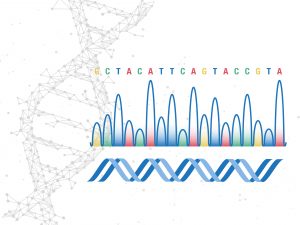 This intermediate-level course provides a thorough overview of the field of next-generation sequencing, from its properties and strength and its major applications, to an overview of a typical sequencing workflow. 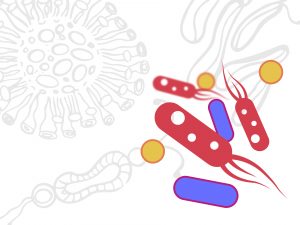 Molecular microbiology is a very progressive field of science, there is an enormous demand to understand the omnipresent microbes influencing our everyday life on sub-cellular level, which will be subject of this course. 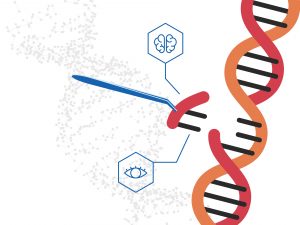 Gene therapy is one of the youngest disciplines providing a novel way into treating diseases. 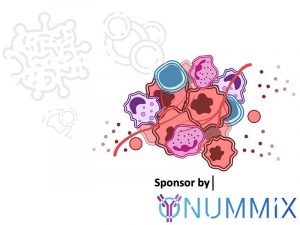 This is an intermediate-level course that explores the molecular and genetic basis of cancer, its evolution, and cancer immunology. 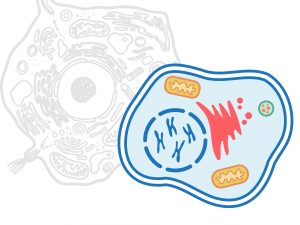 This course will introduce you to the complex world of cells- the most basic unit of life. We will explore how they grow, move, respond to and interact with their environment. 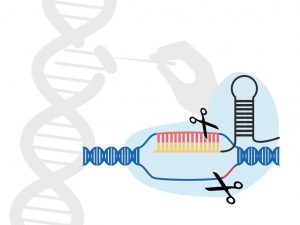 This advanced-level course is designed to develop an understanding of complex concepts related to genomics, particularly CRISPR/Cas technology and its applications...

Such weapons support the infantry and T cells. T cells, field officers undertaking more dangerous missions, are further trained in the thymus (organ beneath breastbone). Treacherous T cells capable of attacking host cells are executed in the thymus, prior to their release in the circulation. Thus, only trained and loyal T cells are released in the battlefields.

After each battle, some B and T cells that have reacted against the pathogen are retained “memory cells” while all the others are destroyed to prevent damage to nearby healthy tissues. If the same invader attacks a second time, the soldier cells react faster with more ammunition to destroy it.  The storage of such memory cells diversifies attack and defense strategies. The memory cell palette is specific to the individual and remodeled during their lifetime.

Vaccine development makes use of this field training. By injecting small viral doses, the body produces antibodies (ammunition stock) so that when the same virus attacks the immune response is faster and efficient.

© 2021 CBEHx | All Rights Reserved.
We use cookies on our website to give you the most relevant experience by remembering your preferences and repeat visits. By clicking “Accept All”, you consent to the use of ALL the cookies. However, you may visit "Cookie Settings" to provide a controlled consent. Read More
Cookie SettingsAccept All
Manage consent

This website uses cookies to improve your experience while you navigate through the website. Out of these, the cookies that are categorized as necessary are stored on your browser as they are essential for the working of basic functionalities of the website. We also use third-party cookies that help us analyze and understand how you use this website. These cookies will be stored in your browser only with your consent. You also have the option to opt-out of these cookies. But opting out of some of these cookies may affect your browsing experience. Read More
Necessary Always Enabled
Necessary cookies are absolutely essential for the website to function properly. These cookies ensure basic functionalities and security features of the website, anonymously.
Functional
Functional cookies help to perform certain functionalities like sharing the content of the website on social media platforms, collect feedbacks, and other third-party features.
Performance
Performance cookies are used to understand and analyze the key performance indexes of the website which helps in delivering a better user experience for the visitors.
Analytics
Analytical cookies are used to understand how visitors interact with the website. These cookies help provide information on metrics the number of visitors, bounce rate, traffic source, etc.
Others
Other uncategorized cookies are those that are being analyzed and have not been classified into a category as yet.
SAVE & ACCEPT